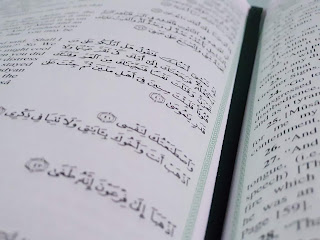 This weekend I overheard a conversation between middle schoolers about a team mate who is Muslim. "I feel so bad for him." one said "It must be so hard." This made me wonder both how much they know about the practice of fasting and how much we Christian Mennos know and have in common with our Muslim neighbors.

Fasting during Ramadan, the ninth month of the Muslim calendar, is one of the five pillars of Islam, along with faith, charity, prayer and pilgrimage. While there are exceptions, most Muslims fast from all food and drink from sunup to sundown, getting up before the sun rises to eat and hydrate and breaking fast - called iftar - after the sun sets, often with a celebratory meal. The fast is not intended to be a burden, as the girls having the conversation perceived it, but to be an opportunity for spiritual growth, connection to God and community and a re-establishment of good practices to carry through the year.

I'm sure there are some children who do consider fasting a burden. But I found this article from the CBC a few years ago in which children reflect on their experience of fasting - or partial fasting in the case of the younger kids - as connecting to their family and to God. While puberty is considered the time when young people should begin to join their elders in fasting, smaller children are given the choice.

While fasting isn't a compulsory Christian practice, it has long been a way that Christians too connect to our creator and community. Following the example of Jesus in the wilderness we fast as solidarity with those who do not have food and to act in just ways. To use the time for eating and preparing food for prayer or spiritual disciplines. To feed the mind and heart instead of the body.

If you are interested in learning a little bit more about the Muslim experience during Ramadan, Here are some link that you could follow and learn from:
If you see a Muslim neighbor it would be totally appropriate to say Ramadan Mubarak (happy/blessed Ramadan) as a greeting.
Posted by Amy Marie at 1:03 PM