The Very Best Nativity Ever

Last year I did a Christmas story round-up thanks to a parent who asked me what the best picture books are for teaching the Christmas story. After having lived with a number of those books, I can report that I stand by the list. But I also keep coming back to my favorite, The Nativity, illustrated by Julie Vivas. The text is from the King James Bible and if I have one critique of the book it's that a different version of the scripture would have been preferable. But I just substitute my own words when necessary and that fixes that. Below are the reasons I love this book this even more than ever, including one you might not expect, and which came as a surprise to me.

1) The beauty of the illustrations in general but especially of the animals and the angels. They are rag-tag and colorful. The angel's wings have holes and they wear combat boots. Gabriel sits with Mary over tea while a chicken hangs out under the table. In the announcement to the shepherds, angels ride the sheep (below). In an illustration after the birth, an angel is cradling the infant Jesus while Mary struggles to get back up on the donkey. 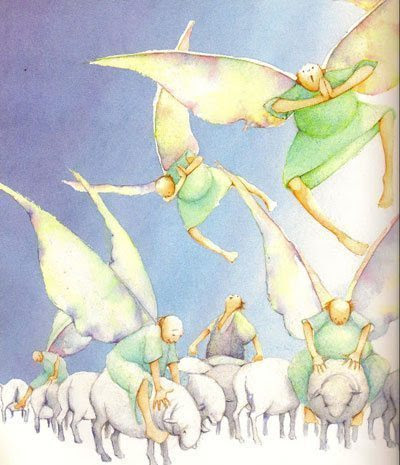 2) And speaking of people holding the baby, this book contains the only image I can think of in which Joseph holds the infant Jesus. Pictured above, Joseph cuddles the little one, while Mary slumps on his shoulder. In ever other nativity scene, a kneeling Mary looks down at her little one beatifically while Joseph stands over them, possibly with a staff. And also here, there are more chickens!

3) And finally, naked baby Jesus. I never anticipated that the Christmas story would be the thing that prompted the "where do babies come from" conversation with my child, but why not, it's the nativity after all. And sure enough. Adorably naked baby Jesus seemed to be Orie's cue to ask, "How did the baby get out?" And so together we talked about uteruses and vaginas and labor and his own birth story. And no, he won't ever be able to have a uterus but he could have a partner who has one. It was a beautiful conversation. 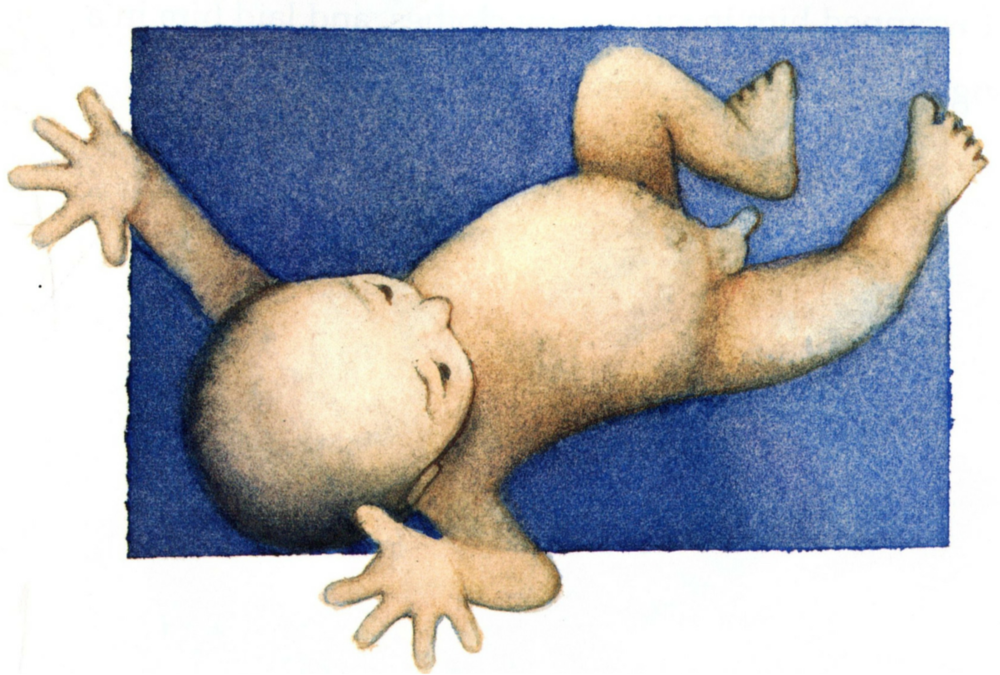 Thank you Jesus and Julie Vivas for providing this opportunity to talk about bodies and birth. Merry Christmas, everyone. May you too lean into the surprising opportunities of the season.